Learn and Apply Law Enforcement, Military and Self Defense Tactics, Strategies, Tricks and Solutions to Save Your Life! 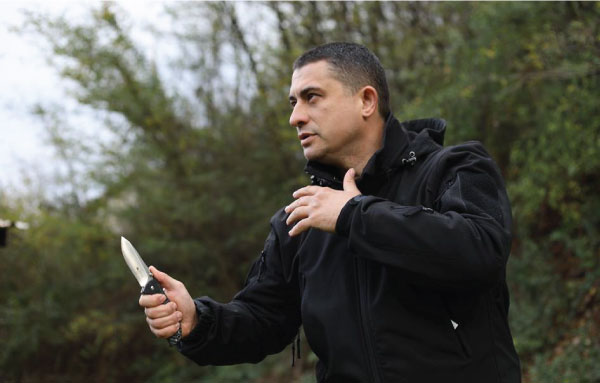 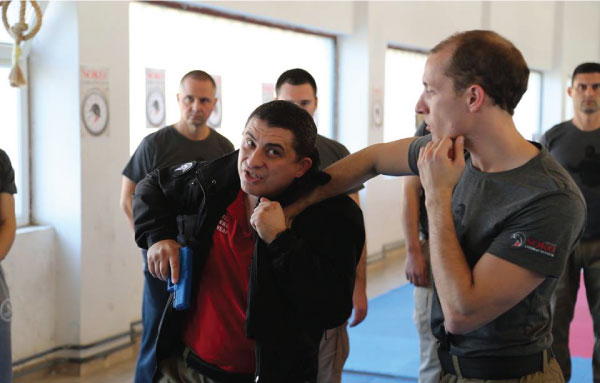 Soko Combat Academy consists of Soko Combat System and Soko Functional Fitness (combat sport for civilians, athletes, and professionals – and for all students who want to increase their performances through training).

Soko Combat Academy provides individual, group, or team training for the Military, Law Enforcement, Close protection, Security, and Civilians sector. We hold all our training sessions in the Gym and outside in all weather conditions. In our Soko Combat Academy, every coach has experience in creating champions of all students in all fields. Soko Combat Academy is not a Military Academy, but through rigorous training, we teach students how to make good decisions with confidence in high-stress situations.

Each of our instructors has extensive experience in various areas of combat self-defense.

It is our mission to share the benefits of quality martial art and combat arts tuition as far and wide as possible so that everyone may enjoy the personal, social and emotional growth and achievement that can occur through the learning and challenge that combat and martial art provides. Teaching Values of Respect, Discipline & Community!

To offer the highest Quality Self Defense and Self defense in combat Programs.

Our goal is to raise each student’s – cadet’s skill level in all areas of self defense, combat, and functional fitness

Soko Combat System is a part of Soko Combat Academy, it’s not only a martial art. It is a complex system of combat self defense and martial art training with the aim to train a person for self defense in real life conditions, considering personal, natural, mental and physical abilities in shortest time possible.

For whom is it intended to?

Soko Combat System was initially developed and intended for Military Special Forces, based on a need to train a man for close combat in shortest time possible. Soon it was realized that it is also suitable for police and other security and protection services, and of course for civilians who want to learn how to fight can also help make your community safer. If you want to be a better fighter, warrior or learn how to protect yourself and your loved ones, you came to the right place. One of the best in the world. We pride ourselves in making not only the champions of tatami but also the champions of life. We are the Academy with high combat, fighting and self defense experience.

How is it made?

Why so many martial arts and systems of training?

Lot of times, people asked which martial art is the best (ultimate) or which can be recommended for them to start practicing.

Answer is simple – there is no ultimate martial art or combat system. If there is one, then all people would practice that one and all others will soon become obsolete. That is why Soko Combat System extracted the best parts of martial arts and put them together in a complex, and at the same time, simple combat system.

Neither one martial art includes all aspects of close combat, and combines all weapons from bare hands, over sticks and blades, to fire arms. Nearest to that is ninjutsu, but you need a lot of years of training so that you can apply it in practice.

Soko Combat Academy combines parts of many martial arts, which by themselves have very good answers on particular life situations. For example:  Brazilian jiujitsu and Wrestling have best developed ground floor fighting technique and system how to train for combat self defense.

Kali Escrima gives us best work with stick and knife, but with minor changes in our Soko Combat Academy.

Ninjutsu – War Game –  gives good basics and principles for use of different types of weapons, and also methods of training to fight in all conditions. A lot of good techniques for bare hand fighting (Hand to hand – H2H) were taken from Ju Jutsu (part of Ninjutsu).

Russian Systema was first to consider scientific basics of body biomechanics. It gave different way of accepting and dealing punches and also some new methods of training that are a bit different than traditional. By that way, results are achieved very fast.

Thai chi chi gong and various breathing exercises are an excellent energetic and anti stress program for fast recovering after stressful situations, hard trainings, and also to improve general health condition. Lot of people from security business don’t use this program so it often occures that they very soon “over burn” and start to use medication. Thai chi chi gong can help maintain physical stability.

All of this was adapted in a specific way and included in combat self defense.

For any martial art you need years and years of hard training. Certain level of achievement is needed for real self defense, which by itself isn’t a guarantee of success, exactly because of an unrealistic approach to training. To become a master you need much more. Nowadays, man lives fast and doesn’t have so much time. And that’s why Soko Combat Academy gives you an opportunity to, for a relatively short time, learn to apply self defense in totally real conditions.

Thus, main advantage of Soko Combat System is shortest way to your aim.

What does Soko Combat System offer?

You can book any of these courses and there is a possibility of creating your own (one or few day seminar or course), special course by combining two or more courses. All you need to tell us is which particular area you are interested in and how many hours and days you want your course to last. Accordingly, we will give you our best offer!

You can see more in our brochure.

Of course, once you try Soko Combat Academy you’ll wish to complete all, so you will long to attend as much courses as possible.